WHAT ARE ANIMAL DANDER ALLERGENS?

Animal dander allergen is protein produced in the skin of cats, dogs, horses and other mammals. These dander particles can cause allergic reactions. Dander proteins are found in microscopic particles (smaller than pollen and dust mite particles) which easily become and stay airborne. Exposure of the nose, eyes and bronchial tubes to these animal dander particles can provoke a reaction.

It was thought that animal allergens were in saliva, however, it is now known that they are produced in the skin. The animal’s hair is not involved therefore a non-shedding pet will still produce allergens. Like humans, some pets will shed more skin particles than others hence they will produce more allergic dander. 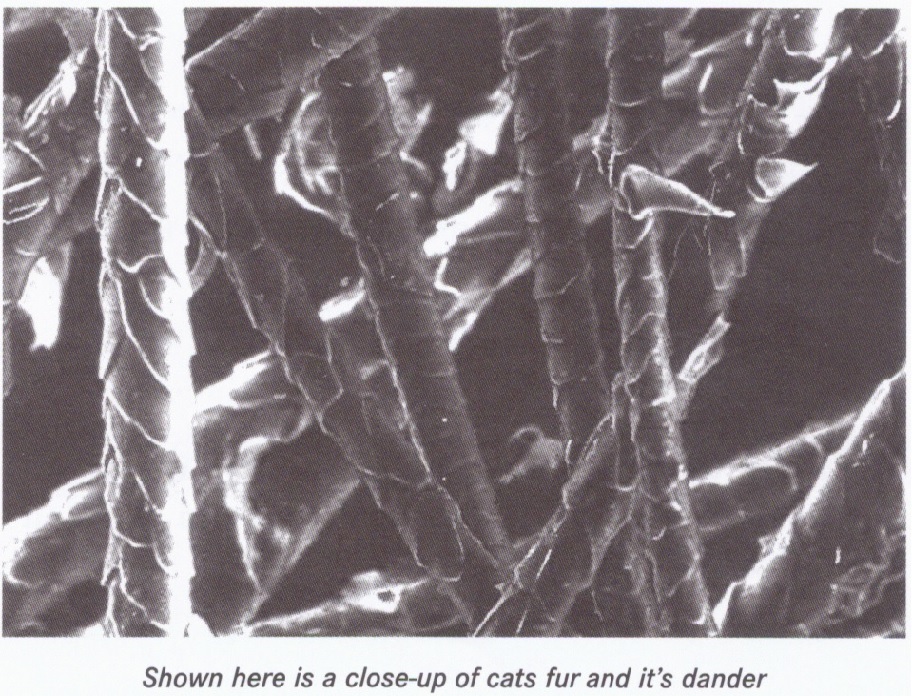 WHERE ARE ANIMAL DANDER ALLERGENS FOUND?

Although animal allergen levels are highest in homes where pets are present, they are also found (lower levels) in places where pets are not present. Which will include schools, cinemas, work places and other public areas. This is because pet owners have the allergens on their clothes. Animal allergens are sticky and adhere to clothes. Wiping a smooth surface removes animal allergens easily but in mattresses, soft furnishings, carpets and clothing they can persist for a long time.

If special steps are not taken to remove pet allergens from the home, they can remain active for up to six months after a pet has been removed.